Explore with this guided one full day trip from Athens the remains of the ancient city of Mycenae a major centre of Greek civilization from 1600BC to 1100BC and a world heritage monument.Depart from our terminal for one day tour via the coastal National highway for the Corinth canal (short stop). After the Corinth Canal, you enter the region of Argolis, land of Homer’s Golden Mycenae, a UNESCO World Heritage site. Dating back to the second century B.C., Mycenaewas one of the major centers of Greek civilization and a military stronghold which dominated much of southern Greece . Visit the archaeological site, home to the kingdom of mythical Agamemnon. You will see the Cyclopean Walls, the Lion’s Gate, the Royal Tombs, including Agamemnon Clytemnestra’s, and the Treasury of Atreus, a magnificent 14th-century B.C. structure. Time will then be taken for a traditional Greek Lunch at a nearby restaurant.Before lunch an optional stop in a pottery factory. After lunch through ARGOS proceed to Nauplia the first capital of modern Greece with its Venetian fortress of PALAMIDI and the fortified islet of BOURTZI .Continue on to Epidaurus and visit the ancient theatre. The UNESCO’S world heritage listed monument is reputed to be the birthplace of Apollo’s son Asklepios, the healer and was the most celebrated healing center of the classical world. Epidaurus is probably most famous for its theatre, one of the best preserved classical Greek buildings and still used today due to its amazing acoustics. The Mycenae – Epidaurus day tour returns to Athens in the late afternoon.
Highlights:
Short stop at the Corinth Canal
Guided tour in the archelogical site of Mycenae
Visit the famous Lion’s Gate
Explore the tomb of Agamemnon
A short stop in Nafplia, the first capital of modern Greece
Entrance to Epidaurus area and visit the ancient Greek theatre
Free Pickup and Drop off Service for all guests of Ivis Travel !
Ivis Travel provides its customers with courtesy pick-up and drop-off service from and to the majority of Athens central located hotels. On booking your tour you will be informed about the precise pick-up point and time.
Inclusions:
Entrance fees in all the archeological sites
Transport by Luxury A/C Tourist Bus
Free Pick up and drop off service for all the guests of Ivis Travel
Services of a Professional and licensed guide
All local taxes
Exclusions:Gratuities (optional), Drinks and beverages
Additional Info:For day trips, comfortable walking shoes, sun glasses, hat and loose fitted clothing are strongly recommended. If you need additional information please do not hesitate to contact us and we will provide to you in order to help you decide if this tour or activity is right for you 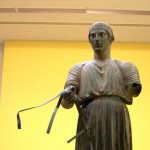 Ιvis Travel, the most central travel agency in Athens, is here to bring you closer to the world. We will make your traveling and holiday unforgettable.

Explore all chances of experiencing Greece at its best as well as abroad.

Take a look at our brochure:

We accept all kind of payments.